Workshop: Mapping Gender in the Near East

An international and interdisciplinary workshop titled "Mapping Gender in the Near East: What’s New and What’s Ahead in Ottoman and Turkish Women’s, Gender, and Sexuality Studies."

The Orient-Institut Istanbul (OII) and Sabancı University Gender and Women's Studies (SU Gender) are organizing an international and interdisciplinary workshop titled "Mapping Gender in the Near East: What’s New and What’s Ahead in Ottoman and Turkish Women’s, Gender, and Sexuality Studies" in collaboration with Koç University's Research Center for Anatolian Civilizations (ANAMED), as well as the Swedish Research Institute in Istanbul (SRII). The event is supported by the Istanbul Policy Center, Sabancı University Stiftung Mercator Initiative (IPC Mercator). 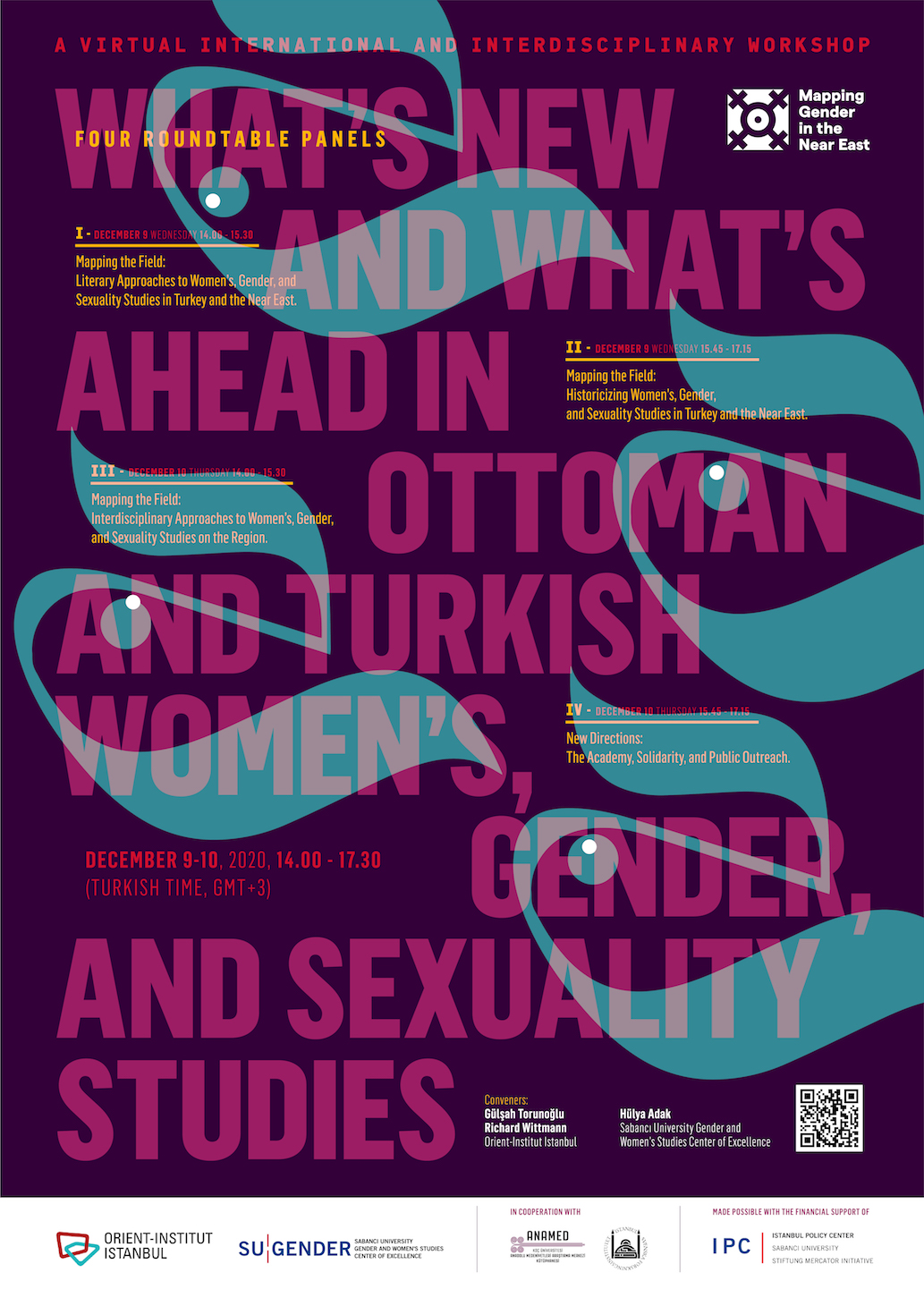 Bringing together an interdisciplinary group of scholars in the humanities and social sciences, this this event seeks to establish, consolidate and sustain a network of academics who share an interest in women’s and gender studies with regard to the Ottoman world and modern Turkey. Leading scholars across several major fields – including history, literature, and interdisciplinary studies – will examine recent theoretical discourses and challenges in the area of women’s and gender studies and contribute to steering the field in innovative directions.

This workshop addresses two problems in women’s and gender studies: the lack of transnational and comparative scholarship, as well as the dearth of interdisciplinary collaboration. This workshop responds to the fact that the scholarly literatures in women’s and gender studies in the Ottoman-Turkish milieu and in the Arab and Balkan world have been, on the whole, kept tightly segregated from each other. Consequently, the four panels of the workshop are centered around key approaches that would benefit from being in dialogue. By doing so, they will allow leading scholars in the field to appraise the current state of research across national boundaries and academic disciplines and to bring forth new conversations and inter-regional dialogue about improving our approaches in the future development of the field. These interactions will help stimulate and guide future research efforts by delineating critical paths for subsequent research. 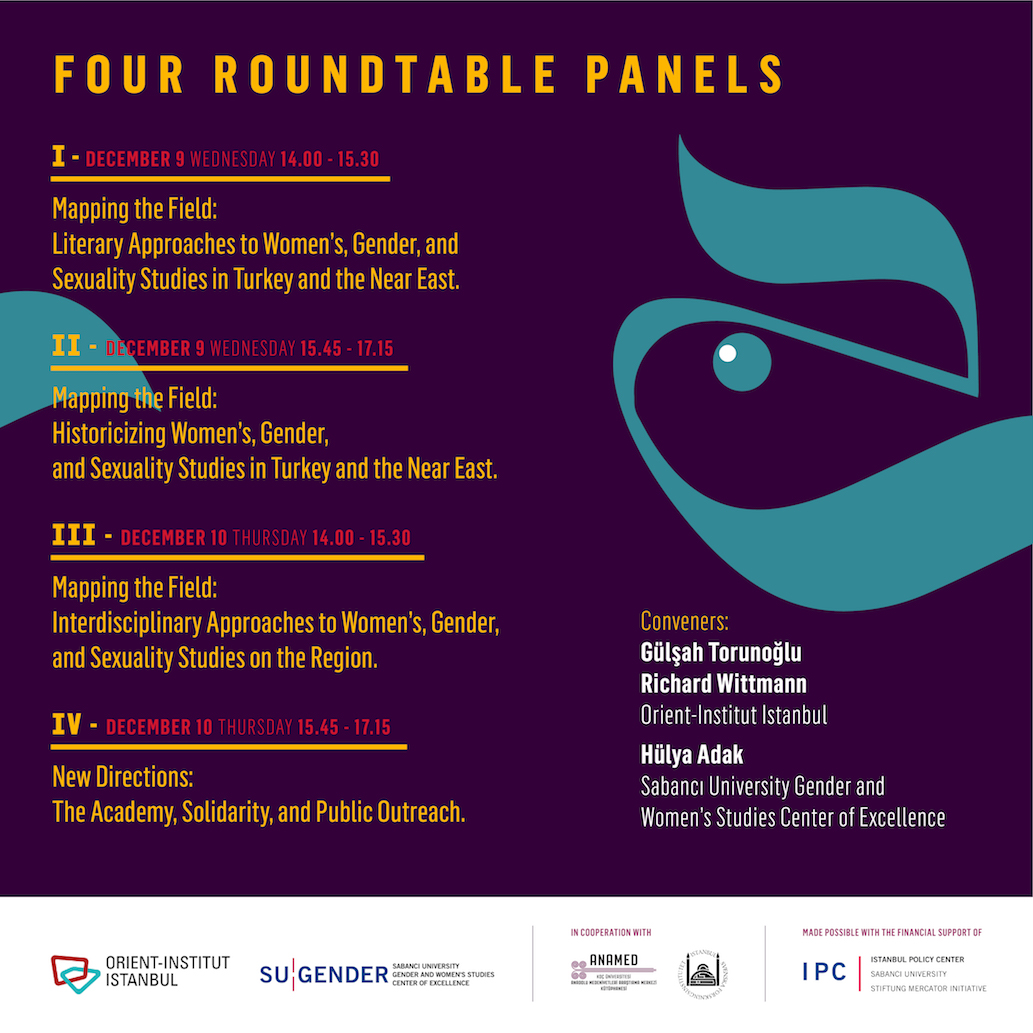 This workshop allows scholars working on women’s and gender studies in the Ottoman world and modern Turkey to come together to discuss the state of the field. Despite the fact that many talented scholars work on issues related to women’s studies, gender and sexuality across the former Ottoman provinces (primarily Lebanon, Egypt, and the Balkans) as well as modern Turkey, there has rarely been academic platforms enabling scholars to focus specifically on their shared area(s) of research.  Resulting from a lack of communication among scholars working on these topics, the field has therefore become compartmentalized and the current discourses remain fragmented. By convening a small-scale, highly focused event with internationally renowned speakers, this workshop seeks to bridge the communication gap and inspire new academic approaches among scholars of different nationalities and from a variety of disciplinary backgrounds. The event is framed around three main academic disciplines that have informed women’s and gender studies: the humanities, the social sciences, and law.  By examining the most recent developments in the state of the field, each panel will contribute to a richer, more complex understanding of the field of women’s and gender studies in modern Turkey and its neighboring countries, while putting experts from each area into conversation with each other. In doing so, the workshop hopes to foster solidarities that connect common struggles beyond fixed geographic borders and academic disciplines.

The workshop was made possible through the support of:
Istanbul Policy Center, Sabancı University Stiftung Mercator Initiative (IPC Mercator)

Mapping Gender in the Near East