Life Narratives and Gender: Voices of Women in the Near East and Eastern Mediterranean

The Orient-Institut Istanbul (OII) is organizing a lecture series which focuses on life narratives as gendered historical or literary texts in the Near East and Eastern Mediterranean. The speakers of this lecture series will present their research on autobiographical texts of the wider Near Eastern region from different historical periods and from their respective areas of expertise by exploring how these two concepts – gender and the self – interact with each other in the creation of life narratives. The contributions to this lecture series and the resultant discussions aim to offer insights into the myriad of lived experiences in Near Eastern literature. 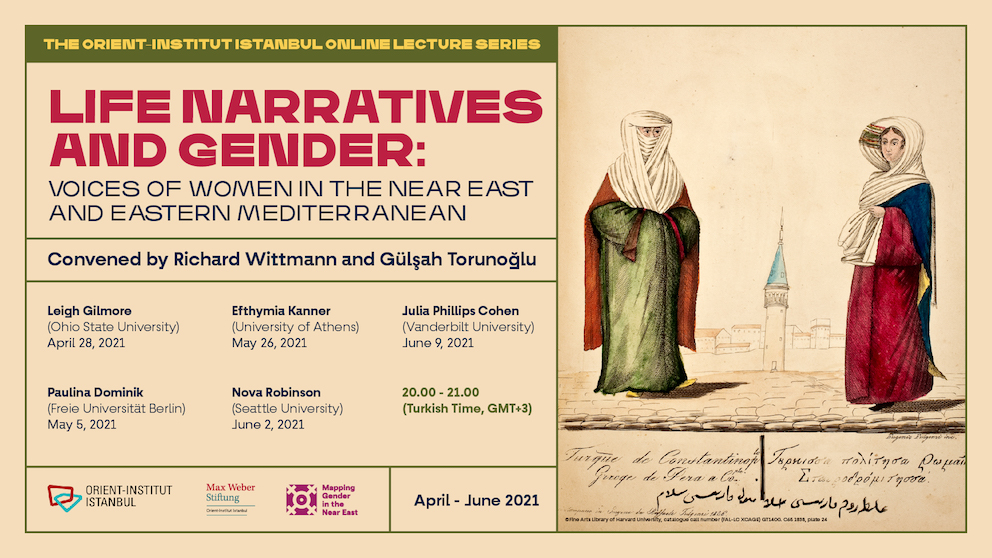 Leigh Gilmore’s lecture revisits the author’s field-defining work of life writing and feminist theory, Autobiographics: A Feminist Theory of Women’s Self-Representation, to consider the significance of gender to the durable themes of identity, memory, and veracity in life narrative. More than a lens on the lives of women life writers, gender offers a way to think through the constitution of literary canons and cultural archives, whose lives are understood as representative and why, and the relation between literary experimentation and challenges to categories of identity.

Paulina Dominik (Freie Universität Berlin)
Echo of the Journey and Adventures of My Life: Salomea Pilsztynowa – the Peripatetic Polish Ophthalmologist in the 18th Century Ottoman Empire – and Her Unusual Memoir (1760)
May 5, 2021, 20.00 - 21.00 (Turkish Time, GMT+3)

Born in the Polish-Lithuanian Commonwealth (today’s Belarus), Salomea Pilsztynowa (1718 – after 1763) arrived on the Bosphorus in 1735 as a young bride accompanying her physician husband, Jakub Halpir, who sought his fortune as a foreign doctor among the Istanbul elite. In the Ottoman capital, she learnt the craft of medicine from her husband and others, and set up her own medical practice, specializing in ophthalmology. At the height of her career, in 1759, she was a physician in the imperial harem of Sultan Mustafa III. We learn about Pilsztynowa’s fascinating life from her memoir entitled Echo of the journey and adventures of my life that she compiled in Polish in Istanbul in 1760 and that is an unusual piece of evidence of the life of a woman in the eighteenth century. Her narrative takes the reader on an unprecedented journey stretching from St. Petersburg in the North, to Kiev in the East, to Istanbul and Sofia in the South and to Vienna and Wrocław in the West.

Focusing on Pilsztynowa’s astonishing account narrating the ups and downs of her peripatetic career as a medical practitioner, this presentation portrays her in various roles – as a skilful self-taught eye doctor, wife, mother, traveller, and above all as an independent, entrepreneurial woman. It examines how by casting aside the traditional roles assigned to a woman by the eighteenth century society, Pilsztynowa was not only capable of adapting to the new world, but also of domesticating it, and how in this process, by turning her otherness to her own advantage, she carved for herself a professional niche, and the foreign and distant Ottoman Empire became a space of opportunity and safe abode for her. 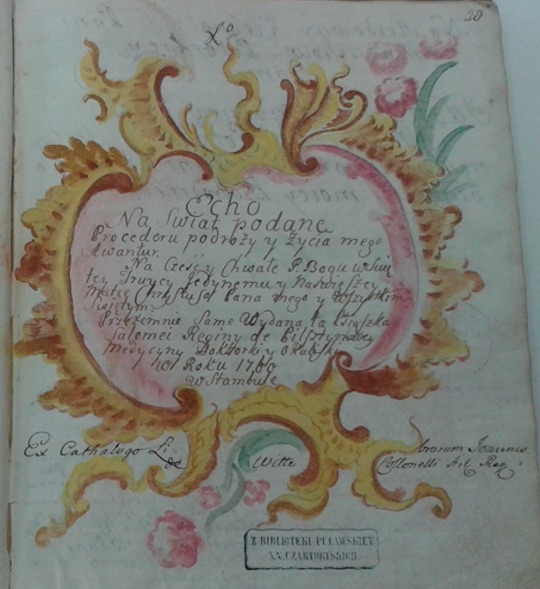 Efthymia Kanner (University of Athens)
Self-Narratives, Gendered Middle Class Subjectivities and Feminism(s) in the “Orient” from the Last Quarter of the 19thcentury to the Interwar Period
May 26, 2021, 20.00 - 21.00 (Turkish Time, GMT+3)

Efthymia Kanner’s talk reconstitutes the gendered middle class subjectivities of some women who lived in the Ottoman Empire, Greece and Early Turkish Republic from the last quarter of the 19th century to the Interwar period and link these subjectivities to the emergence of feminist thought in the region. Kanner draws on those women’s correspondence as well as the autobiographies, novels and essays they wrote. Kanner examines these texts as self-narratives and point out the way they became for their authors tools for challenging the existent social hierarchies and demanding more egalitarian gender relations in the public and private sphere. In other words Kanner wonders to what extent feminism, as criticism towards the existing social order, was based on gendered middle class subjectivities stemming from the Enlightenment and Romanticism, common tools of thought for literate populations of various ethno- religious origins in “the Orient”.  Kanner will focus on Sotiria Kleomenous-Aliberti (1847-1929), a Greek intellectual and first sub-headmistress of Zappeion Greek Orthodox Girls’ School in Istanbul, while comparing her with Fatma Aliye (1862-1936), Halide Edib Adıvar (1884-1964) and Nezihe Muhittin (1889-1958), prominent Turkish Muslim intellectuals of the time. 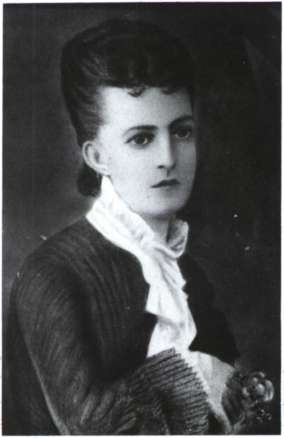 Anbara Salam Khalidi’s memoir provides an intimate portrait of the bonds of friendship and solidarity that helped sustain the early Arab feminist movement. Using Khalidi’s memoir Jawla fīl dhikrayāt bayna Lubnān wa filisṭīn (Tour of Memories between Lebanon and Palestine, 1978) as its source, this lecture highlights the many forces that shaped Khalidi’s feminism, including her religious upbringing, her educational experiences, her regional and international travels, and her friendships with other early feminist thinkers, such as Julia Dimashqiyya and Ibtihaj Qaddura. Anbara was born to a well-connected Sunni Muslim family in Beirut. Her father represented Beirut in the Ottoman Parliament. In her early teens, she started to write for Arabic language journals and women’s periodicals about women’s liberation and national independence. She founded Jam’iyyat Yaqẓat al-Fatāt al-‘Arabiyya (Association for the Awakening of Young Arab Women) in 1914. After the war she traveled to England with her family, where, as she writes in her memoir, she was exposed to a model of women’s political and social emancipation. When she returned to Lebanon, she removed her face veil at a public event, which caused quite a stir in Beiruti society. In 1929, she married  the principal of the Arab College in Jerusalem. The family lived in Jerusalem until 1948, when they were forced to return to Lebanon. Throughout her memoir, Khalidi records how a pioneering generation of Arab feminists built connections with one another and with feminists in other world regions in order to support the cause of Arab, and later Palestinian, independence. Her memoir offers a unique window into the origins and evolution of the women’s movement in the Eastern Mediterranean.

Her memoir was translated by her son, the historian Tarif Khalidi and is available in English under the title Memoirs of an Early Arab Feminist: The Life and Activism of Anbara Salam Khalidi (Pluto Press, 2013). 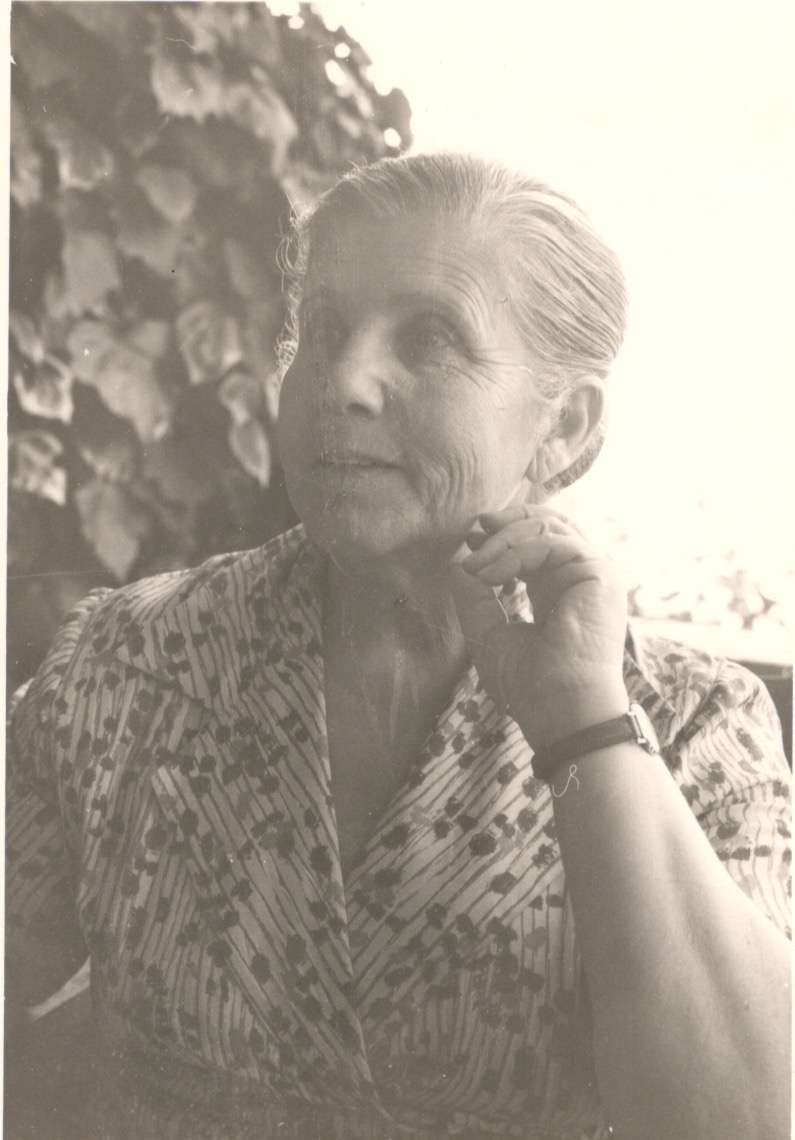 Although the field of Ottoman women’s and gender history has expanded significantly in recent decades, there is still much we don’t know about the lives of Ottoman Jewish women at the dawn of the modern era. Among the questions that remain are those surrounding the extent of Ottoman Jewish women’s autonomy—whether, when, and in which contexts they had the space to forge their own paths in life, to marry for love, to pursue their own professional interests, or achieve financial independence. Unlike scholars who have productively mined Jewish women’s oral traditions and autobiographical writings for later, post-Ottoman periods, those working on earlier eras find first-person accounts left behind by Ottoman Jewish women only rarely, and with great difficulty. Yet this need not deter us from asking these questions. Even those who did not leave behind memoirs or personal correspondence have left us other bread crumbs—in the advertisements they placed in the press, in the businesses they registered, the lesson plans they created, the photographs they posed for and kept, the portraits they had commissioned, the songs they recorded, and the pieces of clothing they designed, cut, and sewed, leaving us with a wealth of textual and material traces. This talk will pursue a few such cases, offering selected portraits of little known late Ottoman Sephardi women. 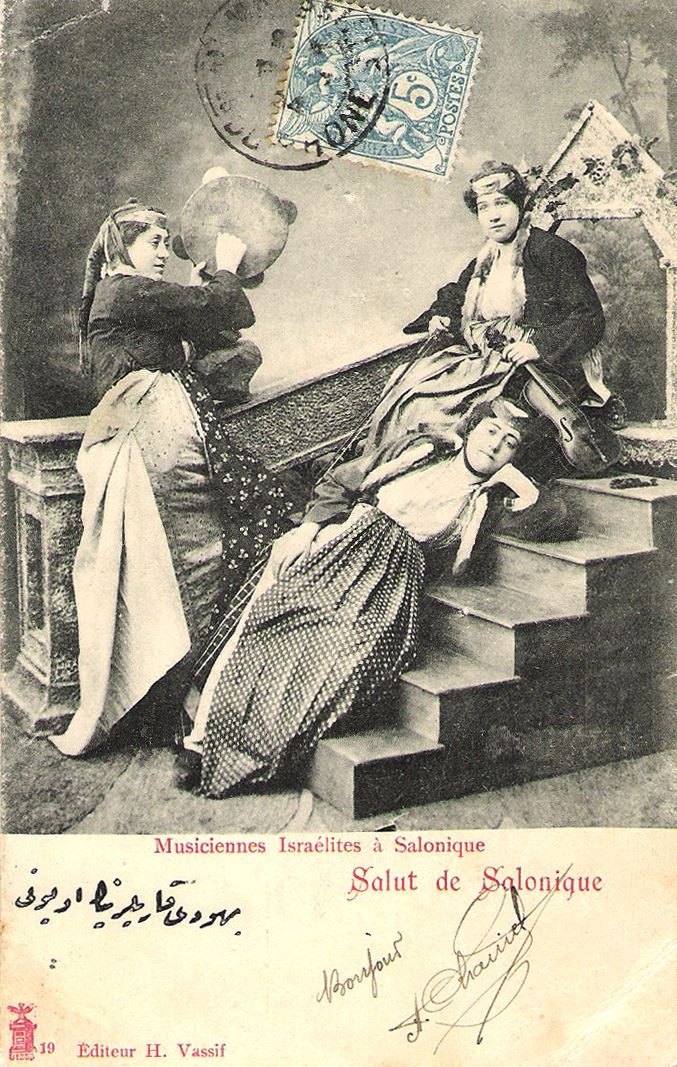